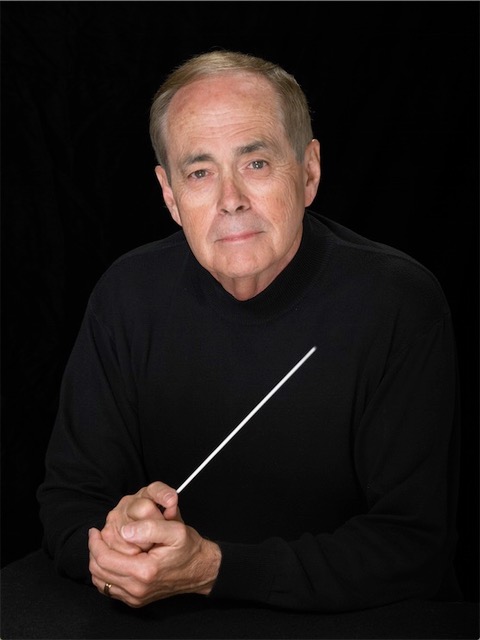 Richard Floyd is presently in his 58th year of active involvement as a conductor, music educator and administrator. He has enjoyed a distinguished and highly successful career at virtually every level of wind band performance from beginning band programs through high school and university wind ensembles as well as adult community bands. In 2014 Floyd retired as State Director of Music at the University of Texas at Austin where he coordinated all facets of secondary school music competition for some 3500 performing organizations throughout the state for 30 years. He now holds the title Texas State Director of Music Emeritus. He also serves as Musical Director and Conductor of the Austin Symphonic Band that is viewed to be one of the premier adult concert bands in America. In addition he maintains an active schedule as conductor, clinician, lecturer and mentor.

His musical achievements include performances at numerous state and national conventions and conferences including the 1977 College Band Directors National Association, the 1981 Music Educators National Conference and concerts at the Midwest International Band and Orchestra Clinic in Chicago in 1989, 1997 and 2007. Other distinguished performances include concerts for the American Bandmasters Association in 1993 and 2006 and the 2004 Western International Band Clinic in Seattle, Washington.

Mr. Floyd is a recognized authority on conducting, the art of wind band rehearsing, concert band repertoire, and music advocacy. As such, he has toured extensively throughout the United States, Canada, Australia and Europe as a clinician, adjudicator and conductor including appearances in 44 American states and in 9 other countries. He is a frequent featured clinician for the Texas Music Educators Association, the Texas Bandmasters Association, countless other state conferences and has presented five conducting and rehearsal technique clinics for the Mid-West International Band and Orchestra Clinic.

In 2002 he was the single recipient of the prestigious A.A. Harding Award presented by the American School Band Directors Association in recognition of his significant and lasting contributions to the school band movement. The Texas Bandmasters Association named him Texas Bandmaster of the Year in 2006 and also recognized him with the TBA Lifetime Administrative Achievement Award in 2008. Most recently he received the Texas Music Educators Association Distinguished Service Award in 2009 and was inducted into the Bands of America Hall of Fame and Texas Phi Beta Mu Hall of Fame in 2011. Also in 2011 he was awarded the Midwest International Band and Orchestra Clinic Medal of Honor for distinguished service and contributions to bands, orchestras and music education. In 2014 he was inducted into the National Band Association Academy of Wind and Percussion Arts considered to be the “academy award” for wind band conductors. The same year he was also honored with the Kappa Kappa Phi Distinguished Service to Music medal. Most recently he was recognized as the 2017 Texas Legendary Bandmaster by the Dallas Wind Symphony, Jerry Junkin conductor.

In 2006 he was featured on the GIA Produced DVD entitled Kindred Spirits from the series Conducting From The Inside Out. Other conductors included H. Robert Reynolds, Craig Kirchhoff and Allan McMurray. In 2015 his book entitled The Artistry of Teaching and Making Music was published to critical acclaim by GIA Publications.

During Mr. Floyd’s professional career he has held multiple positions of leadership for music education and wind music performance. He served as National Secretary of the College Band Directors National Association from 1979 to 2007 and has played an active leadership role in the implementation of that organization’s many projects and services for over three decades. He currently serves on the Board of Directors for Music For All, as a member of the John Philip Sousa Foundation Board of Directors, and in 2016 was named a Yamaha Master Educator.

When Don Wilcox retired as Director of Bands Emeritus from West Virginia University in the summer of 2005, he had guided the growth and development of the University’s band program for 34 years. During this time the WVU Wind Symphony performed numerous special concerts for regional and national conventions of the ABA, CBDNA, MENC, and WASBE, and toured nationally. The Mountaineer Marching Band was the 1997 recipient of the Sudler Trophy, and during the summer of 2001, the Centennial year of the WVU band program, the WVU Alumni Band toured Europe, performing concerts in England, France, Luxembourg, Germany, Belgium and the Netherlands. In 2005 they made their second European Tour with performances in Poland, the Czech Republic, Hungary, the Slovak Republic, and concluding in Vienna, Austria. Mr. Wilcox is a Past President of the American Bandmasters Association and has served extensively on the Board of Directors of both the John Philip Sousa Foundation and the ABA. He has received WVU’s Outstanding Teacher Award, the 1993 Golden Apple Outstanding Faculty Award, was chosen for the Great Teachers Seminar and is the first teacher ever named Distinguished Fine Arts Alumnus of California State University at Long Beach. Mr. Wilcox is a National Arts Associate by Sigma Alpha Iota and the recipient of the Sudler Order of Merit from the John Philip Sousa Foundation, the Distinguished Service To Music Award from the National Council of Kappa Kappa Psi, and West Virginia University’s Heebink Award for Outstanding Service to the university and the state. He has received special citations from four Governors for his contributions to the state of West Virginia. In a teaching and conducting career spanning forty-eight years Mr. Wilcox has worked with musicians of all ages and abilities, conducting bands from one-room schools in rural Appalachia to several of the major concert halls in the world, and in all 50 states and 18 foreign countries. On four different occasions, he spent a semester teaching in Tokyo, Japan as guest conductor of the Musashino Academia Musicae Wind Ensemble, each culminating in tours of Japan and CD recordings for Sony. Mr. Wilcox has served as guest conductor or visiting lecturer at more than 50 universities in the United States, Europe, Japan, Thailand, and China, and in “retirement” maintains an active international schedule as a clinician and conductor. 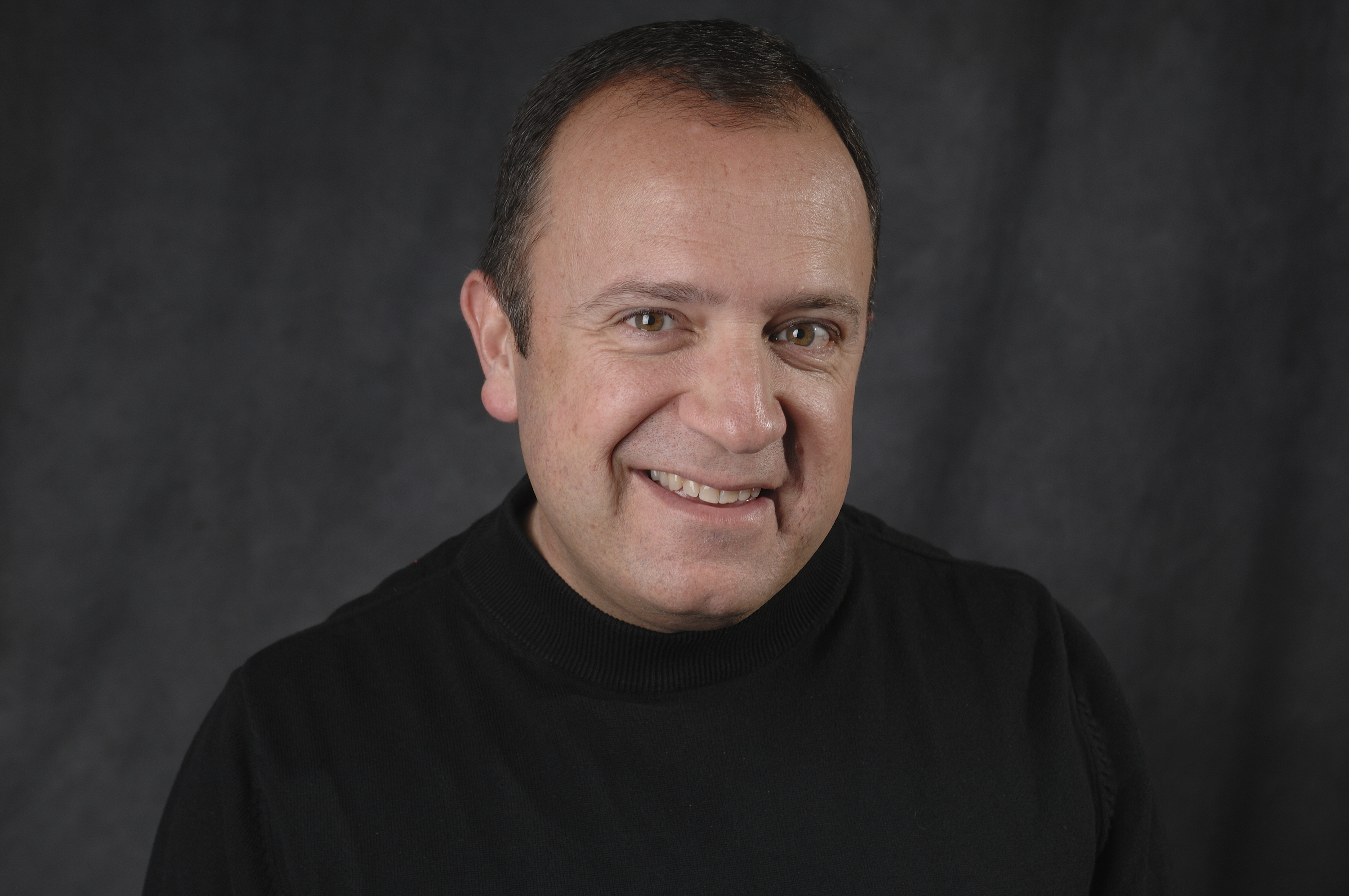 Sedatole has conducted performances for the College Band Directors National Association, American Bandmasters Association, Texas Music Educators Association, Michigan School Band and Orchestra Association, and the World Association of Symphonic Bands and Ensembles, as well as performances in Carnegie Hall. He has conducted across the United States, Europe and Japan. The MSU Wind Symphony, under the direction of Professor Sedatole, has given featured performances at the Midwest International Band and Orchestra Clinic, the national convention of the College Band Directors’ National Association, the prestigious American Bandmasters Association convention and Carnegie Hall. Performances conducted by Professor Sedatole have won accolades from prominent composers including John Corigliano, Robert Beaser, Kevin Puts, Michael Colgrass, Donald Grantham, David Maslanka, Ricardo Lorenz, Michael Daugherty, John Mackey, Steven Bryant, Jonathan Newman, Carter Pann, Joel Puckett, Dan Welcher as well as many others. Most recently Professor Sedatole has taught courses and conducted in Germany at the Bundesakademie fur musikalische Trossingen and in Japan at the Senzoku Gakuen College of Music, Tokyo.Professor Sedatole serves on the summer faculty of the Interlochen Music Camp and the Board of Directors of the Midwest International Band and Orchestra Clinic. Additionally he served as president of the North Central division of the College Band Directors National Association.