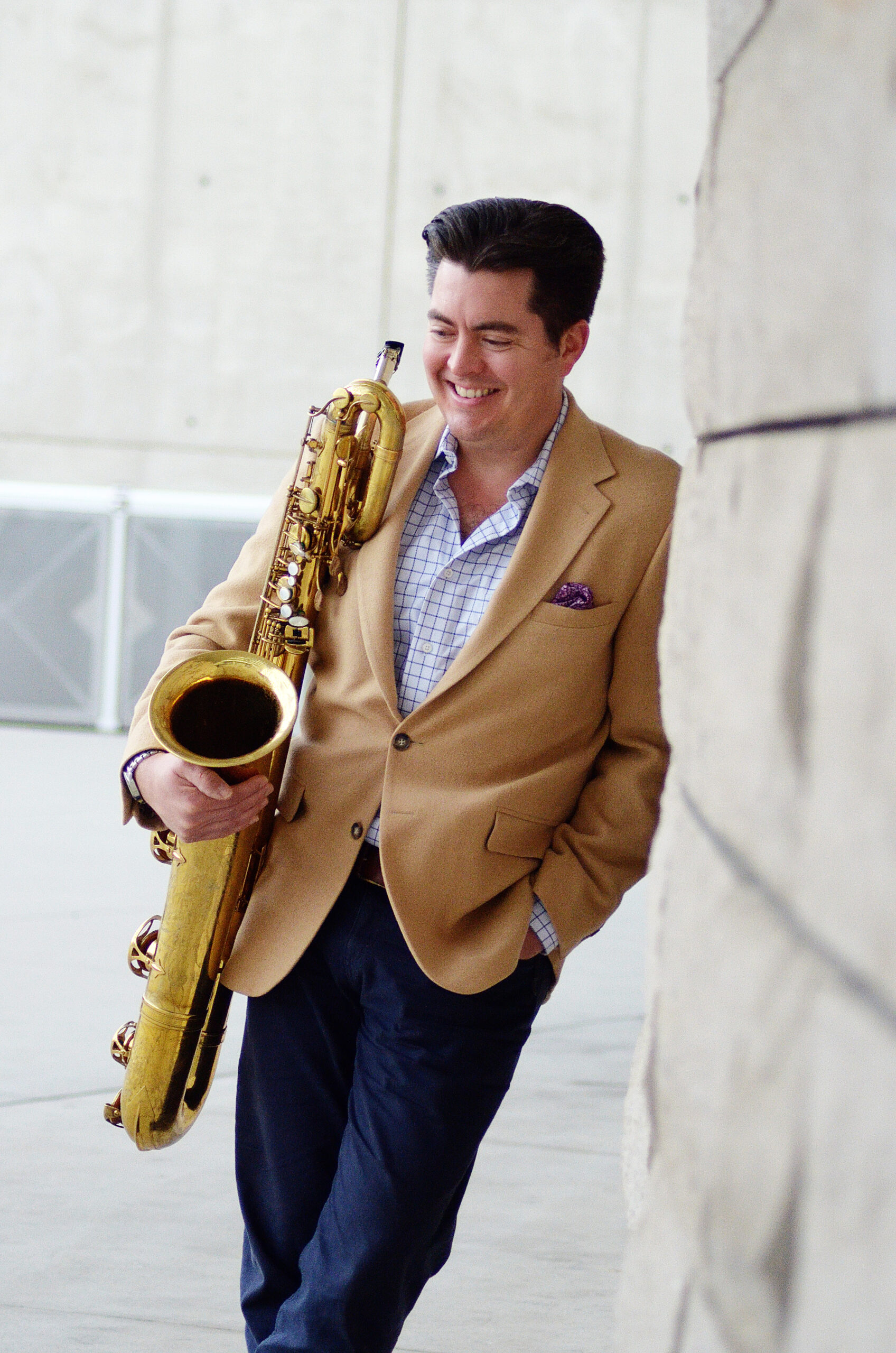 Grammy Award-winning baritone saxophonist and composer Aaron Joseph Lington (b. 1974) received his BM in music education from the University of Houston, Moores School of Music, and both his MM in jazz studies and DMA in saxophone performance from the University of North Texas where he studied with James Riggs. His performing and compositional credits include collaborations with the San Francisco Symphony, Maynard Ferguson, the BBC Radio Orchestra, the Count Basie Orchestra, Doc Severinsen, Bo Diddley, Randy Brecker, Joe Lovano, Jamie Davis, Tommy Igoe, Pacific Mambo Orchestra, and many others. In addition, he has won awards for both his playing and writing from Downbeat Magazine, ASCAP, and was the 2003 recipient of the Sammy Nestico Award. He was named the 2011 “Jazz Educator of the Year” by the California Music Educators Association, and has been recognized multiple times in the both the Downbeat Magazine Critic’s Poll and Reader’s Poll. In 2015 he was named as a Silicon Valley Artist Laureate. The San José Mercury News praises Dr. Lington’s playing as “revelatory…he obviously relishes the beautiful, blustery bark of his instrument…” and that he possesses a “…finely honed melodic sensibility…” Josh Davies from the International Trumpet Guild states that Lington “…[shows] a true command of his instrument with a very studied and soulful essence.” Cadence magazine declares “Lington and compatriots come up with a wonderful and totally American jazz sound, [resulting in] a solid mainstream set based on some sweet melodic improvisation.”

In addition to his position as professor at San José State University where he serves as Coordinator of Jazz Studies, Dr. Lington is also the director of the San Jose Jazz High School All Stars. Aaron Lington is a Saxophone Performing Artist for Selmer Saxophones and is a D’Addario Performing Artist and performs exclusively on Rico Reeds.