Holding baccalaureate and master’s degrees from the University of Michigan, Livingston completed PhD coursework in theoretical studies at the University of California, San Diego. He studied conducting and interpretation with Laurence Livingston, Elizabeth Green, William Revelli, Rafael Druian, and Herbert Zipper. In 1988 he received the Alumnus of the Year Award from the University of Michigan School of Music. Livingston served as vice president and music director of the New England Conservatory of Music in Boston, where he was also conductor of the Symphony Orchestra and Contemporary Music Ensemble, and, subsequently, became dean of the Shepherd School of Music and Elma Schneider Professor of Music at Rice University in Houston. From 1986 until 2002, Livingston served as dean of the USC Flora L. Thornton School of Music, where he is currently chair of the conducting department and music director of Thornton School orchestras. The first music administrator accepted into the Harvard University Executive Education Program, he is a recipient of the Life in the Arts Award from Idyllwild Arts and an Outstanding Teacher Award from the student chapter of the USC Center for Religion. 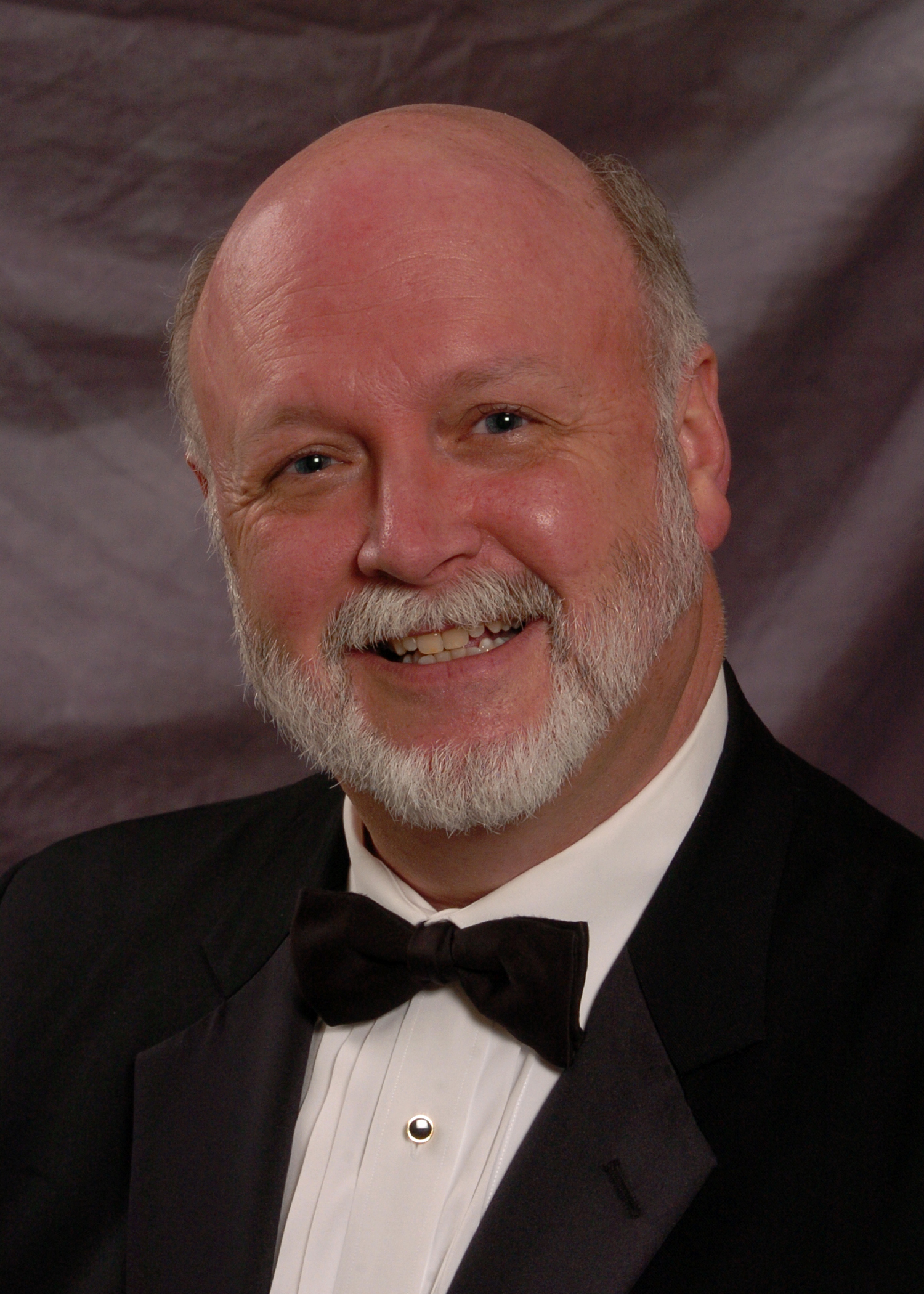 Fred J. Allen is a music teacher, conductor, arranger, composer and author. He is Director of Bands Emeritus at Stephen F Austin State University, retiring in 2018. Prior to that he taught at Abilene Christian University and in two public school districts. At the university level, he taught numerous courses in the music education and wind conducting curricula, including conducting lessons, wind literature, rehearsal techniques, instrumental methods and orchestration in addition to conducting duties with the wind ensemble. His teaching was recognized in 2012 with the Meritorious Achievement Award by the Texas Bandmasters Association. He is a 2020 inductee into the Texas Bandmasters Hall of Fame, sponsored by the Alpha Chapter of Phi Beta Mu Honorary Bandmasters Fraternity.

Allen has conducted All-Region and All-State Bands throughout Texas and the United States, where he is also an active concert clinician and adjudicator. He has often served as guest conductor for bands playing at the Midwest Clinic and the Texas Music Educators Association Convention, and has also conducted in Korea, Taiwan, Hong Kong and Australia.

As an arranger and composer, Allen has published several pieces for band, orchestra and flute choir that have drawn upon his experience in teaching in the public schools. These works have been performed frequently at conventions and festivals across the United States and internationally. He has several commissioned works in progress. His music is noted in The Heritage Encyclopedia of Band Music (Rehrig), Teaching Music Through Performance in Band (Miles, et al) and other band music reference books.

Allen played principal clarinet with the Ft. Worth Civic Orchestra for five seasons, was bass clarinetist with the Irving Symphony for three seasons and played clarinet in the Irving Symphony Woodwind Quintet for 6 years. He held the piccolo position with the Abilene Philharmonic for 6 years and played both flute and clarinet in several community bands. As a woodwind specialist, he has performed professionally at Opryland, USA and for the Ice Capades and the Ringling Brothers & Barnum and Bailey’s Circus, as well as over forty musicals and operas. 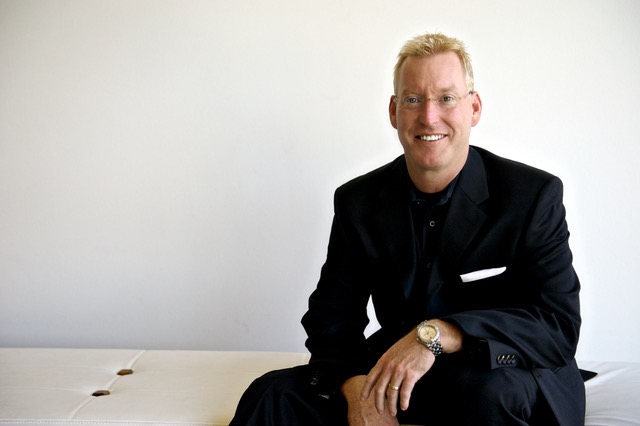 Robert M. Carnochan is Director of Wind Ensemble Activities, Music Director/Conductor of the FROST Wind Ensemble and Professor of Conducting at the FROST School of Music. Besides overseeing all aspects of the wind band program, Professor Carnochan also teaches graduate and undergraduate courses in conducting and wind repertoire.

Dr. Carnochan’s multi-faceted career has included numerous high-profile collaborations with a number of esteemed colleagues and composers, including Andy Akiho, Steven Bryant, John Corigliano, Michael Daugherty, Donald Grantham, Daniel Kellogg, Jonathan Leshnoff, John Mackey, David Maslanka, James Mobberly, Carter Pann, Joel Puckett, Gunther Schuller, Joseph Schwantner, Frank Ticheli, and Dan Welcher. He also invests substantial time in commissioning and performing works of the new generation of talented composers, among them, such rising stars as David Biedenbender, Andrew Boss, Viet Cuong, Paul Dooley, Ian Dicke, Aaron Perrine, and Zack Stanton. In addition, Dr. Carncohan maintains a vibrant career as a guest conductor, clinician, and adjudicator in performances throughout the United States, and has conducted concerts overseas in London, Spain, Austria, Luxembourg, Switzerland and Singapore. He has also produced a number of acclaimed recordings by both The University of Texas Wind Ensemble and the Dallas Wind Symphony and his own recording of Donald Grantham’s Tuba Concerto with soloist Charles Villarrubia and the University of Texas Wind Ensemble was recently released on the Longhorn Music Label and is available for download from iTunes. He has conducted five recordings with the world-renowned University of Texas Longhorn Band, and has appeared with them in numerous nationally and internationally televised events, including three Rose Bowl halftime performances, two Rose Parades and three performances at the Formula 1 United States Grand Prix in Austin Texas. Before joining the faculty at the FROST School of Music, Dr. Carnochan was Professor of Music and Director of the Longhorn Band at The University of Texas in Austin for 13 years. He also served as Associate Director of Bands at the University of Colorado at Boulder, Director of Bands at Northeastern Oklahoma State University, and Associate Director of Bands at Stephen F. Austin State University. Dr. Carnochan began his professional teaching career as Director of Bands at Dundalk High School in Baltimore, Maryland, a position he still cherishes. Dr. Carncohan’s efforts have gained him induction into the Alpha Chapter of Phi Beta Mu. He is the recipient of numerous prestigious service and teaching awards, including The Eyes of Texas Award, The Texas Blazers award, the DeCloux Fellowship and the Marinus Smith Award. He holds memberships in the American Bandmasters Association, the Band Directors National Association, the Conductors Guild, the Florida Music Educators Association and the Texas Music Educators Association. His degrees include a Bachelor of Science degree in Music Education from Towson University, a Master of Music degree in Wind Conducting from The University of Colorado at Boulder, and a Doctor of Musical Arts degree in Wind Conducting from The University of Texas. He counts among his teachers of note Allan McMurray, Jerry Junkin and Dana Rothlisberger.