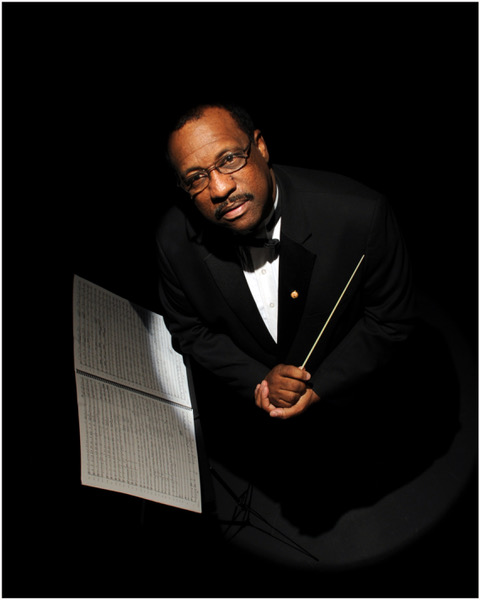 Alfred L. Watkins, Co-Founder, Musical Director and Conductor of the Cobb Wind Symphony, recently concluded his 37-year career as a high school band director. He was Director of Bands at Lassiter High School in Marietta, Georgia for 31 years. For six years prior to joining Lassiter, Watkins served as Director of Bands at Murphy High School in the Atlanta Public Schools. Mr. Watkins is a 1976 graduate of Florida A & M University. Bands under Watkins’ direction have performed five times at the Midwest Band Clinic, six performances at the MFA National Concert Band Festival and four performances at the GMEA In-Service Conference. The symphonic band has performed on seven college campuses and the Lassiter Percussion Ensemble has performed twice at the Midwest Clinic, PASIC, three times at the National Percussion Festival and four times at the GMEA In-Service Conference.

The Lassiter Marching Band was the 1998 and 2002 Bands of America Grand National Champion and the band also won nine BOA Regional Championships. Under Watkins’ leadership, the band also participated in four Pasadena Tournament of Roses Parades (spanning 25 years), three times in the Macy*s Thanksgiving Day Parade (NYC), twice in the King Orange Bowl Parade (FL) and once in the Florida Citrus Bowl Parade. During Mr. Watkins’ Lassiter tenure, all four (or five) Lassiter concert bands received consecutive Superior Ratings from 1993 until his retirement in 2013, with the top two bands earning consistent superior ratings in Grade VI for his last 24 years. The band program is one of few bands in America to have received both the Sudler Flag of Honor for outstanding concert bands and the Sudler Shield for outstanding marching band. The Lassiter Winter Color Guard was named Winter Guard International World Champions in Scholastic “A” and “Open Class” in 1996 and 1997. For well over 35 years, Watkins has been a judge for marching, concert bands and lecturer throughout the country. He has also had the pleasure of conducting All-State High School Bands in 18 states and has worked with bands from 35 states.

Mr. Watkins has been selected as a member of the American Bandmasters Association, the Florida A & M University Gallery of Distinguished Alumni, the Georgia Chapter of the Phi Beta Mu Hall of Fame and the Bands of America Hall of Fame. In 2014, Watkins received the Edwin Franko Goldman Award from ASBDA and in December 2017, he was a recipient with the Midwest Clinic Medal of Honor. In 2018, Mr. Watkins was the recipient of the Kappa Kappa Psi Honorary Band Fraternity’s prestigious Distinguished Service to Music Medal. He has received 20 Certificates of Excellence from the National Band Association, the Sudler Order of Merit from the John Philip Sousa Foundation and the Band World Magazine Legion of Honor. Mr. Watkins is Co-Founder, Conductor and Musical Director of the Cobb Wind Symphony, an all-adult community band based in the Atlanta area, which has earned the Sudler Silver Scroll Award, performed three times at the Southern Division of CBDNA and has performed three times at the Midwest Clinic. At present, Watkins is one of the few conductors to hold three Sudler Awards (Flag, Shield, Silver Scroll) simultaneously. In 2009 and 2010, two doctoral dissertations were written centered around his life and work with the Lassiter Band Program. The $1.5 million Alfred L. Watkins Band Building at Lassiter High School bears his name. Currently, Mr. Watkins is a Co-Founder and President of the Minority Band Director National Association, Inc. and is an Educational Clinician for the Conn Selmer Corporation, Division of Education.

He and his wife for 35 years, Rita, live in Marietta. They have two adult sons: Christopher, a trumpeter in the United States Army Band “Pershing’s Own” in Washington, D.C. and Jonathan, a businessman in San Diego, CA.