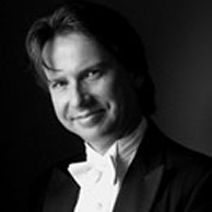 Dr. Kraig Alan Williams is currently the Director of Bands, Associate Professor of Music and Director of the Wind Studies Program at the Mason Gross School of the Arts, Rutgers University. His duties include the artistic guidance of the Grammy-nominated Rutgers Wind Ensemble and administration of all aspects of a large, dynamic and comprehensive university band program. Other responsibilities include teaching graduate and undergraduate conducting and the mentoring of Master’s and Doctoral students in Wind Studies.

Williams has conducted performances in Graz, Budapest, Malta,Marktoberdorf, and Prague. He has performed in Carnegie Hall, conducted live radio broadcasts on National Public Radio and has recorded for Mark Records and ADK in Prague, Czech Republic. A project featuring the wind music of Eric Ewazen will be released on Albany records in 2011.

Williams received his doctorate from The University of Texas at Austin, where he studied with Jerry F. Junkin. He received a Master’s of Music degree in performance from California State University, Northridge. Williams is a member of CBDNA, TMEA, and is a sponsor and honorary member of the Memphis chapters of Kappa Kappa Psi and Tau Beta Sigma.

Williams joined the conducting faculty at the Brevard Music Center in 2001 and was named Director of Band Activities in 2008. He has regularly achieved critical acclaim for his work with the Symphonic Band and Chamber Winds. 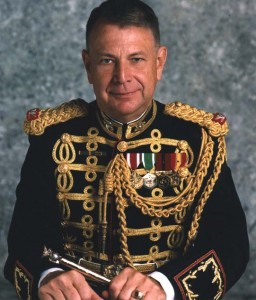 A native of Louisiana, Colonel Bourgeois is a graduate of Loyola University in New Orleans. He joined the Marine Corps in 1956 and entered “The President’s Own” in 1958 as a French hornist and arranger. Named Director in 1979, Colonel Bourgeois was promoted to his present rank in 1983. He retired from active duty on 11 July 1996.

As Director of “The President’s Own”, Colonel Bourgeois was Music Advisor to the White House. He selected the musical program and directed the band in its traditional place of honor at the U.S. Capitol for four presidential inaugurations, a Marine Band tradition dating to 1801. He regularly conducted the Marine Band and the Marine Chamber Orchestra at the White House, appearing there more frequently than any other musician in the nation.

Among the many honors and awards Colonel Bourgeois has received are the 1986 Phi Beta Mu Outstanding Bandmaster Award, and the 1987 Kappa Kappa Psi Distinguished Service to Music Award for “contributions to the growth and developments of modern college and university bands.” In 1993, he was awarded the Mid-West International Band and Orchestra Clinic Medal of Honor. Colonel Bourgeois was elected to the Academy of Wind and Percussion Artists of the National Band Association in 1988 and received the 1991 Phi Mu Alpha Sinfonia National Citation “for service and dedication to music and country.”  In 1994 he was awarded the Grainger Medallion of the International Percy Grainger society and in 1996 the A. A. Harding Award of the American School Band Directors’  Association.

Colonel Bourgeois conducted his final concert as Director of “The President’s Own” on 11 July 1996 (the band’s 198th birthday), at DAR Constitution Hall in Washington, D.C. More than 3,500 people, including prominent musicians and government dignitaries, attended the gala event. Presidents Clinton, Bush, Ford and Carter and Mrs. Reagan sent letters of gratitude and praise which were read at the concert. Secretary of the Navy John H. Dalton hailed Bourgeois as “a national treasure” and presented him with the Distinguished Service Medal from President Clinton. Marine Corps Commandant General Charles C. Krulak compared Colonel Bourgeois to the band’s 17th Director, John Philip Sousa, saying, “Our Corps has not only had John Philip Sousa, we have also had a John Bourgeois. His legacy will never be forgotten by the Marine Corps or our nation.” The concert was covered by media giants CNN, ABC, CBS, The New York Times, The Wall Street Journal, and The Washington Post. James Brady featured Bourgeois’ profile in his “Brady’s Bits” in the 7 July edition of “Parade Magazine.” ABC’s Peter Jennings selected Colonel Bourgeois as the Evening News “Person of the Week.” The newscast was viewed in the Clinton’s private quarters in the White House by the Colonel and his family and five-year old granddaughter, Sophie. Following the veiwing the family was given a private tour of the Lincoln and Queen’s bedrooms by Mrs. Clinton and all were later joined by The President for a reception and photo opportunity. Sophie had her wish fulfilled by getting to walk “Socks” the cat on a leash throughout  the State rooms.

After the change of Command concert, The Washington Post’s Chief Music Critic, Tim Page wrote, “Bourgeois leaves his ensemble in terrific shape; indeed, it would be hard to imagine any band playing with greater vigor, precision, and timbrel variety…Washington is very generous with its standing ovations. But Bourgeois deserved each and every one he received last night.”

In August 2000 Colonel Bourgeois was named “American Man of Music” for the triennium 2000-2003 by Phi Mu Alpha Sinfonia National Music Fraternity. In December 2000 he was elected to the National Band Association’s Hall of Fame of Distinguished Band Conductors with induction ceremonies held at Troy State University in February 2001. In March 2005 he was installed as a Lowell Mason Fellow of the Music Educators National Conference and in May he was awarded a Doctor of Music “Honoraris Causa” from Loyola University, New Orleans.

In his retirement Colonel Bourgeois stays busy as a guest conductor-clinician, visiting professor at Loyola University New Orleans in a chair endowed in his name, and he continues to produce wind band arrangements and editions for Wingert-Jones in a series known as “The Bourgeois Editions.”  He is also published by Ludwig Masters. He is active in his local community of Washington, Virginia, where he has served as President of the Rappahannock Historical Society and President of the Board of the Child Care and Learning Center. He serves on the Board of Directors of Rappahannock’s cat rescue organization, RappCats, which is dedicated to the welfare, care and placement of homeless cats as well as spaying and neutering of the county’s feline population. In December 2011, he served as Grand Marshall of the town of Washington’s Christmas Parade.  Also he has authored a chapter on the history of the United States Marine Band titled, “The President’s Own” in the book, “The Marines.” 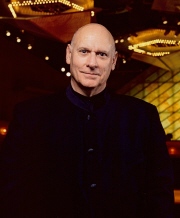 Eugene Migliaro Corporon is the conductor of the Wind Symphony and Regents Professor of Music at the University of North Texas. As Director of Wind Studies he guides all aspects of the program, including the masters and doctoral degrees in Wind Conducting. Mr. Corporon is a graduate of California State University, Long Beach and Claremont Graduate University. His performances have drawn praise from colleagues, composers and music critics alike. Mr. Corporon has held positions at the University of Cincinnati College-Conservatory of Music, Michigan State University, the University of Northern Colorado, the University of Wisconsin, and California State University, Fullerton. His ensembles have performed at the Midwest International Band and Orchestra Clinic, Southwestern Music Educators National Conference, Texas Music Educators Association Clinic/Convention, Texas Bandmasters Association Convention/Clinic, International Trumpet Guild Conference, International Clarinet Society Convention, North American Saxophone Alliance Conference, Percussive Arts Society International Convention, International Horn Society Conference, National Wind Ensemble Conference, College Band Directors National Association Conference, Japan Band Clinic, and the Conference for the World Association of Symphonic Bands and Ensembles. Having recorded over 600 works, including many premieres and commissions, his groups have released 100 recordings on the Toshiba/EMI, Klavier, Mark, CAFUA, Donemus, Soundmark, GIA, Albany, Naxos, and Centaur labels. These recordings, two of which have appeared on the Grammy nomination ballot, are aired regularly on radio broadcasts throughout Asia, Europe, and the Americas. Mr. Corporon maintains an active guest-conducting schedule and is in demand as a conductor and teacher throughout the world. He is Past President of the College Band Directors National Association and a past board member of the World Association for Symphonic Bands and Ensembles International Board. He has been honored by the American Bandmasters Association and by Phi Beta Mu with invitations to membership. Mr. Corporon, a frequent guest conductor at the Showa University of Music in Kawasaki City, Japan, has also served as a visiting conductor at the Julliard School, the Interlochen World Center for Arts Education and the Aspen Music Festival and School. He is also the principal conductor of the Lone Star Wind Orchestra, a professional group made up of musicians from the Dallas and Fort Worth metroplex. He is co-host with Barry Green on The Inner Game of Music video, which focuses on overcoming mental obstacles and achieving one’s full potential as a performer. He also appears with James Jordan on the DVD, The Anatomy of Conducting. He is co-author of the book Teaching Music Through Performance in Band that is published in nine volumes by GIA Publications. This series includes eighteen sets of Resource Recordings by the North Texas Wind Symphony. The Teaching Music Project emphasizes the importance of comprehensive conceptual learning in the music-making process as well as the value of performing music of artistic significance. Professor Corporon is a recipient of the International Grainger Society Distinctive Contribution Medallion as well as the Phi Beta Mu International Band Conductor of the Year Award. He has also received the Phi Mu Alpha Sinfonia National Citation for advancing the cause of music in America, the University of North Texas Student Government Association Honor Professor Award for teaching excellence, student rapport, and scholarly publications, the American School Band Directors Association A. A. Harding Award for making significant and lasting contributions to the school band movement, and the California State University, Long Beach, College of Fine Arts and Department of Music Distinguished Alumni Awards. He is grateful to many people for their guidance and inspiration in his life. Among them are Charles Yates, Robert Reynolds, Benton Minor, Don Wilcox, Larry Maxey, Jack Hopkins, Frederick Fennell, Barry Green, James Jordan, and Carolyn Corporon.