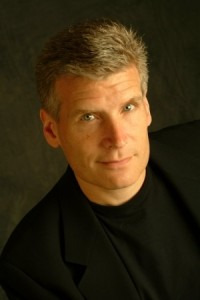 Having performed on four continents and nearly forty states Michael Burritt is one of the World’s leading percussion soloists. He is in frequent demand performing concert tours and master classes throughout the United States, Europe, Asia, Australia and Canada. Mr. Burritt has been soloist with the Dallas Wind Symphony, Omaha Symphony, Chautauqua Symphony Orchestra, Richmond Symphony Orchestra, Ju Percussion Group (Taiwan), Percussion Art Quartet (Germany), Amores Percussion Group (Spain), Peaux (Sweden) and the Tempus Fugit Percussion Ensemble of Pittsburgh, PA. Mr. Burritt has three solo recordings – Perpetual, and Shadow Chasers and recently released his third entitled Waking Dreams on the Resonator Records label. All the recordings are comprised of Burritt’s original compositions as well as works written expressly for him. He has been a featured artist at seven Percussive Arts Society International Conventions. In 1992 he presented his New York solo debut in Weill Hall at Carnegie Hall and in 1998 performed his London debut in the Purcell Room at Queen Elizabeth Hall.
Mr Burritt has extensive chamber and orchestral experience and has performed with the Chicago Chamber Musicians, The Chicago Symphony, The Rembrandt Players, and the The Penninsula Music Festival Orchestra.
Mr. Burritt is also active as a composer, with two concertos to his credit, numerous solo and chamber works for marimba and percussion as well as two books of etudes. His works for solo marimba have become standard repertoire for the instrument and are frequently required repertoire on international competitions. He has been commissioned by The World Marimba Competition in Stuttgart Germany, The Paris International Marimba Competition, Third Coast Percussion Quartet, Exit 9 Percussion, Louisiana State University, The Northshore Concert Band and the Tempus Fugit Percussion Ensemble. Mr. Burritt is published with Ludwig Music, C. Allen and Keyboard Percussion Publications. Burritt is also an artist/clinician and product design/consultant for Malletech, where he has developed his own line of signature marimba mallets and an artist / educational clinician with the Zildjian Company. Mr. Burritt is a member of the Percussive Arts Society Board of Directors, a contributing editor for Percussive Notes Magazine and the chairman of the PAS Keyboard Committee.
Michael Burritt is currently Professor of Percussion and head of the department at The Eastman School of Music in Rochester, New York. Prior to his appointment at Eastman Mr. Burritt was Professor of Percussion at Northwestern University from 1995-2008 where he developed a program of international distinction. Mr. Burritt received his Bachelor and Master of Music Degrees, as well as the prestigious Performers Certificate from the Eastman School of Music in Rochester, New York. His teachers have included John Beck, Gordon Stout, Paul Yancich and Herbert Flower.