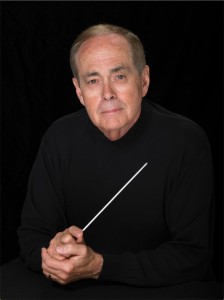 Richard Floyd is presently in his 51st year of active involvement as a conductor, music educator and administrator. He has enjoyed a distinguished and highly successful career at virtually every level of wind band performance from beginning band programs through high school and university wind ensembles as well as adult community bands. Floyd recently retired as State Director of Music at the University of Texas at Austin where he coordinated all facets of secondary school music competition for some 3500 performing organizations throughout the state for 29 years. He now holds the title UIL State Director of Music Emeritus. He also serves as Musical Director and Conductor of the Austin Symphonic Band that is viewed to be one of the premier adult concert bands in America.
Mr. Floyd is a recognized authority on conducting, the art of wind band rehearsing, concert band repertoire, and music advocacy. As such, he has toured extensively throughout the United States, Canada, Australia and Europe as a clinician, adjudicator and conductor including appearances in 40 American states and in 9 other countries. In 2002 he was the single recipient of the prestigious A.A. Harding Award presented by the American School Band Directors Association in recognition of his significant and lasting contributions to the school band movement. The Texas Bandmasters Association named him Texas Bandmaster of the Year in 2006 and also recognized him with the TBA Lifetime Administrative Achievement Award in 2008. Most recently he received the Texas Music Educators Association Distinguished Service Award in 2009 and was inducted into the Bands of America Hall of Fame and Texas Phi Beta Mu Hall of Fame in 2011. Also in 2011 he was awarded the Midwest International Band and Orchestra Clinic Medal of Honor for distinguished service and contributions to bands, orchestras and music education.
His musical achievements include performances at numerous state and national conventions and conferences including the 1977 College Band Directors National Association, the 1981 Music Educators National Conference and concerts at the Midwest International Band and Orchestra Clinic in Chicago in 1989, 1997 and 2007. Other distinguished performances include concerts for the American Bandmasters Association in 1993 and 2006 and the 2004 Western International Band Clinic in Seattle, Washington. Performances by his various ensembles have been heard on radio broadcasts throughout the United States, Australia and Europe.
During Mr. Floyd’s professional career he has held positions of leadership on many state and national committees for music education and wind music performance. At present he is a member of the John Philip Sousa Foundation Board of Directors, Chairman of the American Bandmasters Association Educational Projects Committee, an ex-officio member of the Texas Music Educator’s Association Executive Board and serves as chair of the College Band Directors National Association Music Education Committee. He served as National Secretary of CBDNA from 1979 to 2007 and has played an active leadership role in the implementation of that organization’s many projects and services for over three decades. 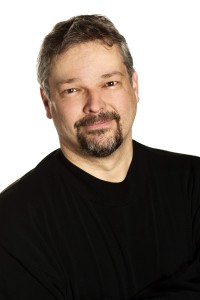 Steven D. Davis serves as Director of Bands and Wind Ensembles, Professor of Conducting, Conservatory large ensembles chair, opera conducting faculty, and conductor of the Conservatory Wind Symphony at the University of Missouri-Kansas City Conservatory of Music and Dance. He coordinates the graduate program in wind ensemble conducting and oversees all aspects of the UMKC band program. Davis is the founding director of the UMKC Wind Band Teaching Symposium, one of country’s largest conducting workshops. He is conductor of the Youth Symphony of Kansas City’s Symphony Orchestra and newEar, Kansas City’s professional contemporary chamber ensemble. Davis has served as a conductor at the CBDNA National Convention, Midwest Clinic, NAfME National Convention and the Festival of New American Music. He has also conducted numerous summers at the Interlochen Summer Arts Camp. As a committed advocate for music education, he has been a guest conductor and teacher at state conferences, and honor band and orchestra festivals in 37 states. He has appeared as a guest artist at the most significant conservatories in Bangkok and Chang Mai, Thailand; Lisbon, Portugal; and Beijing, China. Davis has been invited for residencies and conducting symposiums at major institutions such as the Eastman School of Music, Ithaca College, Michigan State University, University of Colorado, University of Georgia and Florida State University, among others.
Davis is fervently committed to performing new repertoire, and has been praised by prominent contemporary composers including Leslie Bassett, Robert Beaser, Michael Colgrass, John Corigliano, Michael Daugherty, Osvaldo Golijov, Stephen Hartke, David Lang, Zhou Long, James Mobberley, Narong Prangcharoen, Bernard Rands, Paul Rudy, Steven Stucky, Frank Ticheli, and Chen Yi. He has received dedications for over 30 commissioned works.
Davis is an elected member of the American Bandmasters Association and currently serves as the College Band Directors National Association Southwest Division president. At UMKC, he has been awarded the Muriel McBrien Kauffman Artistry and Scholarship Award. In 2014, Davis will lead the UMKC Conservatory Wind Symphony as a featured ensemble at the Beijing Modern Music Festival and the Tianjin May Festival.

Anthony J. Maiello received both his bachelor’s and master’s degrees in music from Ithaca College in l965 and l967, respectively. He also studied at the National Conducting Institute in Washington, D.C., under the direction of Mr. Leonard Slatkin, Musical Director of the National?Symphony Orchestra. He also serves as a Cover Conductor for the National Symphony Orchestra at the John F. Kennedy Center for the Performing Arts, Washington, D.C.
Mr. Maiello’s many professional credits include clinician, adjudicator and guest conductor of All-State, All-State Sectional, Regional, District, All-County and All-City ensembles, with appearances throughout the United States, Canada, Mexico, England, Europe, The Netherlands and The Bahamas. He conducted musical activities for the Gold Medal Ceremonies at the 1980 Olympics in Lake Placid, New York, the New York State Music Camp & Institute; has served as New York State Music Association adjudicator; clinician with Yamaha, and clinician for Warner Bros. Publications, President of the International Association of Jazz Educators – New York State Chapter and as Musical Director for Music Festivals International. He is an elected member of The American Bandmasters Association and ASCAP, and holds membership in the National Band Association, College Band Directors National Association, New York State School Music Association, Virginia Music Educators Association, Virginia Jazz Service Organization, The College Music Society and The American Symphony Orchestra League.
Mr. Maiello’s academic experience includes extensive teaching in the public schools. He served as Professor of Music and Chairman of Performance at the Crane School of Music, Potsdam College of SUNY, Potsdam, New York, where his duties included advanced instrumental conducting, applied clarinet, woodwind and percussion techniques; and conductor of the Crane Wind Ensemble. Under his direction, the ensembles at Crane and George Mason University have commissioned many new works, made numerous recordings and appearances statewide and at regional and national conferences in the United States and Canada. He is the author of CONDUCTING: A HANDS-ON-APPROACH, CONDUCTING NUANCES: LITTLE THINGS MEAN A LOT, and co-author of the 21st CENTURY BAND METHOD.
Anthony Maiello travels widely presenting clinics, lectures and workshops, and guest conducting and adjudicating numerous music festivals. He is presently Professor of Music and Director of Instrumental Studies at George Mason University, Fairfax, Virginia where he conducts the Symphony Orchestra and Wind Symphony and teaches several conducting courses. Professor Maiello was awarded the title of “University Professor” by the Board of Visitors, the highest rank given to faculty members at George Mason University. Mr. Maiello has also served as Associate Conductor of The McLean Orchestra, McLean, Virginia, and has been appointed an Honorary Conductor of The United States Navy Band, Washington, D.C. and is presently the conductor of the American Festival Philharmonic Orchestra, and the American Wind Symphony, Washington, D.C.