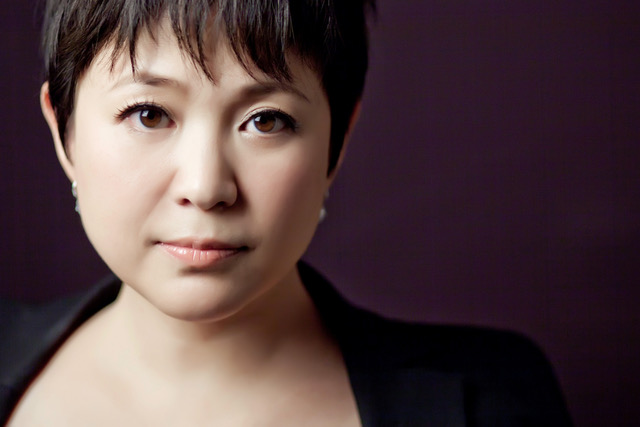 Ms. Wu’s composition Blue Identity was written for Frederic Macarez and the Paris Conservatory CNR percussion ensemble. Blue Identity was premiered in Paris at the Journées de la Percussion festival and the American premiere took place at the 27th Percussive Arts Society International Convention. K-PAX, a piece for marimba duo, was commissioned by the Taipei International Percussion Convention in 2002 and was premiered in Taiwan and Japan. UP!, for solo percussion and seven percussionists, received its premiere at The Midwest Clinic in Chicago, December 2009. The world premiere of Ms. Wu’s latest composition — “What the sun would say to the sky”, for marimba quartet, was premiered at PASIC 2011 in Indianapolis, IN.

Ms. Wu’s recordings include Marimba Concerto by Eric Ewazen with the International Sejong Soloists, solo marimba CD Snapshot, Suite for Marimba and Flute by Alec Wilder with Flautist Bart Feller, A set of Songs and Dances by Doug Hill with Gail Williams on horn, and a chamber music recording with American Brass Quintet of music by David Sampson. Her recording of the No.1, No.2 and No.3 of the Six Suites for Solo Cello by J.S. Bach with Baroque embellishments by George B. Stauffer, is scheduled for release in fall of 2014.

Ms. Wu is a clinician and a recitalist for the Majestic, Mapex, Innovative Percussion, Evans and Zildjian companies. Ms. Wu’s signature mallets with Innovative Percussion are available worldwide. Ms. Wu plays on a concert marimba of her design by Majestic. Ms. Wu is Associate Professor of Music and the director of percussion program at Northwestern University. Ms. Wu is also a frequent visiting guest artist at the Royal College of Music in London, and a consultant at the Manhattan School of Music.